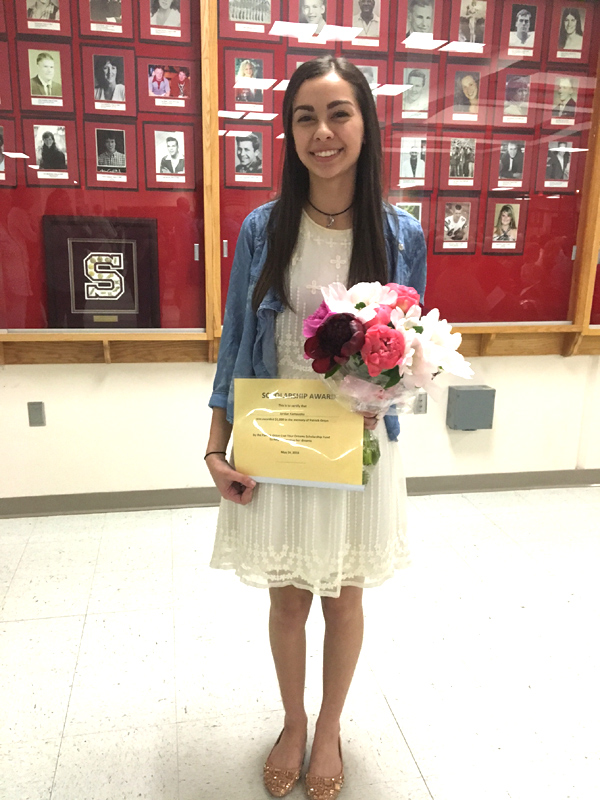 The Patrick Orton Live Your Dreams Scholarship fund was started in 2013 to honor the life of photographer and adventurer, Patrick Orton.  After the loss of their son, Patrick, his family created this scholarship to give some financial assistance to local students in Bonner County, Idaho so that they might follow their dreams as Patrick had. Patrick was a professional photographer who led an exhilarating life – living to the fullest whilst pursing his dreams. He continues to be a cherished inspiration to his family, friends and the world community.

For this second year of the Patrick Orton Live Your Dreams Scholarship the committee was delighted to receive 38 applications from Bonner County high school seniors. Talented and committed, these students were all worthy, and the choice was difficult.

Jordan Kamauoha stood out: as an extremely talented artist, a visionary filmmaker, a conscious activist, and value driven collaborator. Her passion for film and contributing to the world matches that of Patrick's. She will be attending Santa Fe University of Art and Design Film School Fall 2016. We are delighted to award her this year's scholarship and thank everyone who submitted an application.

Jordan's words touched our hearts. "As a young Polynesion, Mormon woman interested in the arts and the film industry, my voice is unique and deeply rooted in the power of human emotions, spirituality and culture, but my voice is also unheard."

"One major goal of mine regarding my future career is to utilize film to bring to light issues such as gender disparity and sexism, climate change and the state of the earth, and the heavy prevalence of racial prejudice that exists today. I know that the world is chock full of beauty and genuine goodness, but there are still so many important issues that need to be discussed and acknowledged on a grander scale in order to incite real change."

Patrick Orton Live Your Dreams Scholarship would like to thank all those who have contributed financially, and to especially thank Infini Art Gallery for hosting a fundraiser showcasing Patrick's photos.